, operates rail services to various districts around Stepford County, such as Newry Harbour, Newry, Benton, Connolly, James Street, Morganstown and Greenslade. A full journey on the main line, which runs from Newry to Benton, takes about 5 minutes.

The operator is classified as a regional commuter rail due to its short travel times and the stations it serves. Several trains on this route can go as fast as 100 MPH, that can only be reached between Newry and Eden Quay (only southbound services), while the average operational speed is 90 MPH.

None at the current moment. 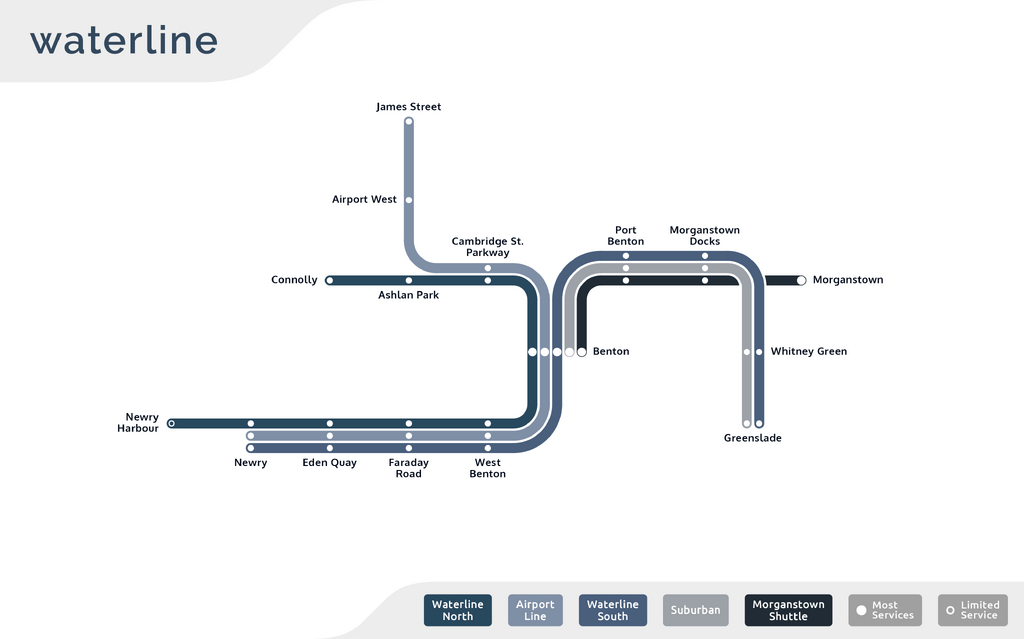 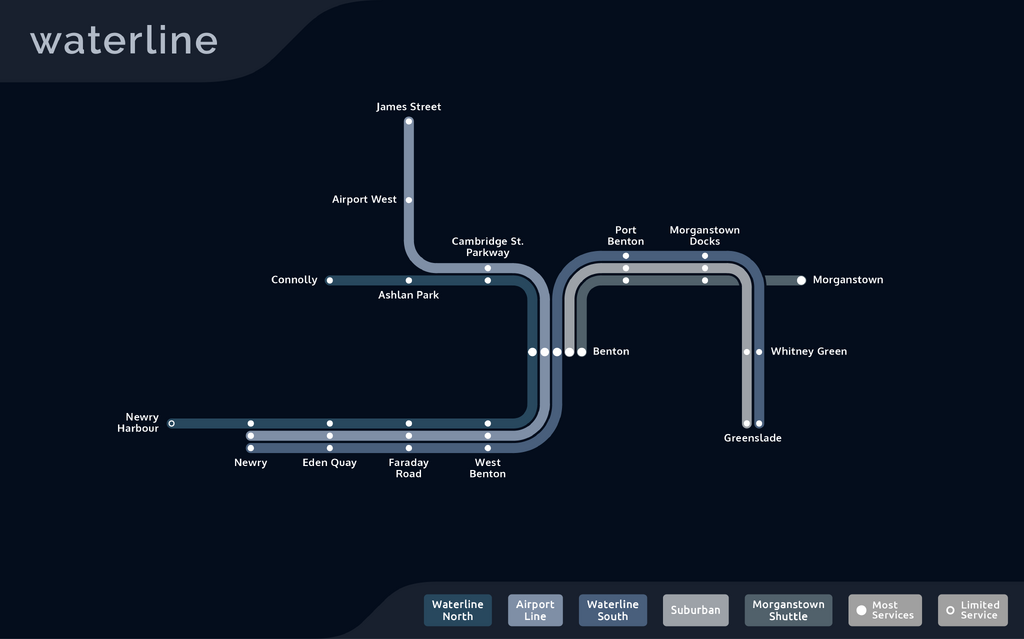