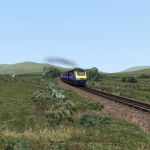 Hi, I’m aiq, I mostly play roblox but I play other games such as Geometry dash and TrainDriver2018, How did I get into trains, you may ask? Well the answer is right by my house. I’m into other roblox games other than SCR, I do like playing exploration games.

Be sure to like SCR, it’s a amazing Game.

My SCR experience up to present day

I was on my computer and one day I searched “railway” on roblox and this small game called Stepford County railway popped up (This was between V0.8 and 0.9, as it was around Dec 2017)

I couldn’t drive so I decided to explore mainly around the Stepford Central (Then Stepford town) area. I decided to play another game after that. I returned 3 weeks later, when I got accepted into the group (because it was manual approval back then) I decided to drive the Christmas Liverey 700 around to Winstree. When I bought robux I got all gamepasses and I mostly enjoyed driving the class 465 from Bodin to Port Benton from Bodin depot, nowadays Bodin depot doesn’t exists anymore and the 465 is paper. I then went onto Waterline driving from Newry Harbour to Greenslade in a 165. I then stopped playing until May 2018, when I joined in May I noticed the game had a major overhaul when I joined, it was much more smoother. A few months went by and I ranked up to a QD.

When December came round, it was nearly a year since I started playing SCR, So I decided to look at the official twitter, and it showed a sneak peek for 1.1 in an advent calender. This made me and many others speculate that SCR would be updating on Christmas Day, a great present for SCR lovers. It was then revealed that it would be coming on New Year’s Eve . Christmas came round and I played SCR on a route from Leighton depot to St. Helens bridge in a 377 and I was a victim along with another player at Greenslade because of a broken signal. The 31st finally came and we just kept playing till midday. My final route of 1.0 I drove was at 11:30 from Newry harbour to Connolly in a class 166 On waterline. The final 5 minutes were quite dramatic in my server because of somebody spreading rumours that Morganstown Docks will be shut to make way for Morganstown, I decided to attend the ‘funeral’ to see what was going on and this person named ‘SirNigelGrsly’ was hosting it. I noticed he was a guest so I muted him and didn’t believe him. Finally at 12:01 PM the moment came. I wanted to drive to James street, a new Waterline Extension. I noticed a train was gone (It wasn’t until January 2nd when I noticed what train it was) Everybody was hyped about AirLink so I decided to make a change and I drove 350 to Morganstown. I then drove AirLink and it was great!

The rest of the day was me looking at the changes. I then finally noticed that the 701 had gone when I wanted to drive it. The 332 was then released, but I’m not fussed about new trains. A few days later I noticed that the terminals were out and that was amazing, Terminal 3 was released on the same day I passed my DS training (credit to Brandon for passing me) and that was it until i looked on this wiki only to find that there was an unreleased station, I speculated this was Faymere I also speculated The terminus was LLyn Unnamed connect station 2 (Houghton rake) came out, I thought this was Westercoast,, then The Woodhead lane sneak peek came out, I thought it was Milcastle,It was then revealed that it was part of the whitefield branch. It came out in V1.2 and I found out when I came home from school. It was probably the best update in my opinion since V1.1.9 (Terminal 1&2 release) I did my dispatcher duty at Houghton rake Where I saw around 13 trains that were successfully dispathced. Nothing really happen until I saw BanTech’s “The future of Stepford county railway video” I also tried out the 331, which I liked a lot. The day came where the 158 and 508 came out. Several more next gen trains came out until the present patch (1.3.22) where I speculate that V1.4.0 will come out very soon, due to it being in the “July-September“ Sector. Okay Ik I haven’t edited this in a while, but here’s my typical rundown of what’s been happening with me. First I wasn’t playing until 1.3.26x but I got the 755 and I did 2 routes AC-LSR, 1 LSR-T3 and then T3-SE. The Llyn branch was revealed (finally) and what has been revealed so far would probably be my favourite train spotting places. I’m probably most excited for Millcastle (what I though Woodhead lane was when it was revealed). Northshore will be an amazing place to trainspot at. So NOW I’m up to date. 1.3.28 was pretty good with the NG 802 but yeah that’s all I got to say, also I’m on the wiki leaderboard at rank 19! or I was. Nvm I’m on the leaderboard at spot 15. Express is delayed which made me go 😡 and I know it is late but, you know me lol. Llyn is coming around 6 days so I’m exited for that. And I’m at spot 17. I have not edited for a long time, but starryloch and Llyn was revealed so I guess I should do stuff on them. Starryloch people got excited because they saw some purple train in the corner, later revealed that is was a 43 at Llyn I am so happy the the hst is coming to SCR! This is getting kinda stupid but my leaderboard place is spot 14.

First I drove SC-Benton in the 43 because I like driving short routes, then I drove the 170 from St Helen‘s bridge to Westercoast. When I wanted to drive a 458/0 from Llyn to Stepford I randomly spawned inside an 801. I was the lucky one because the 801 flew into space and everything went to normal

I started playing in December 2017

My favourite station is Ashlan Park

Retrieved from "https://scr.fandom.com/wiki/User:Aiqisieisueueu?oldid=23476"
Community content is available under CC-BY-SA unless otherwise noted.