Stepford Connect operates rail services to various districts around Stepford County, such as Benton, Leighton, Morganstown, Whitefield, Berrily, Stepford Airport, Llyn-by-the-Sea and Willowfield. A full journey on the main line, which runs from Willowfield to Llyn-by-the-Sea using Route R036 takes about 45 minutes and is drivable on the Class 68 and Class 444 only.

The operator is classified as commuter rail as the intent of the services is to deliver passengers to and from major centres, indicated by the current routes, rather than being a link for intermediate stations in between some large areas like regional rail. The trains on this route reach a maximum speed of 110 MPH, and a minimum of 75 MPH, with the average being 100 MPH.

As part of a renewed franchise from 1 May 2020, this operator is now branded as Stepford Connect and bears a  bright blue  colour scheme, courtesy of rail management system Transport For Stepford. Prior to the renewal, the brand was simply Connect. 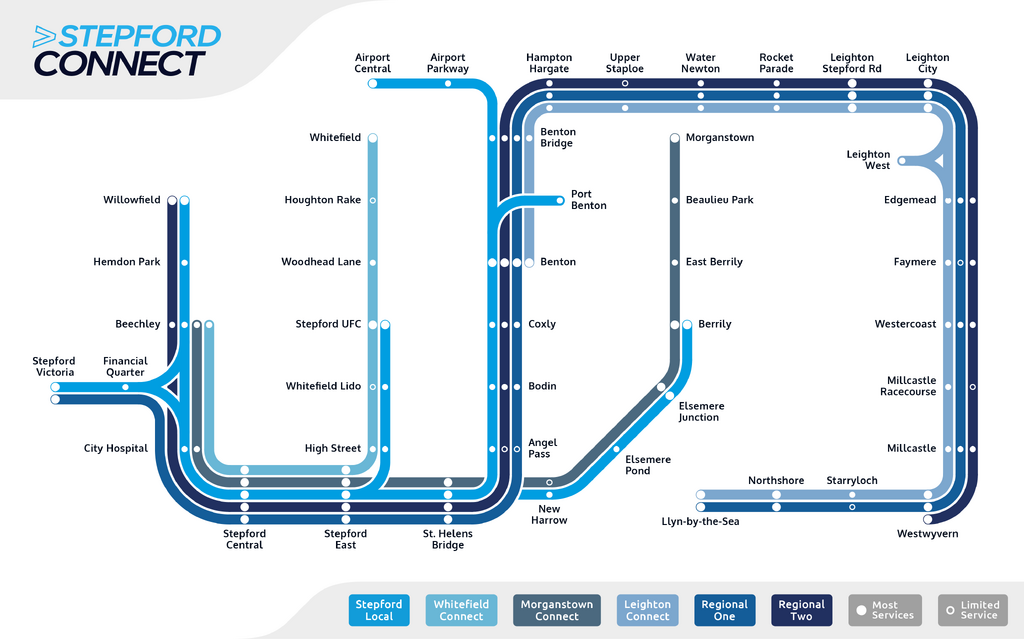 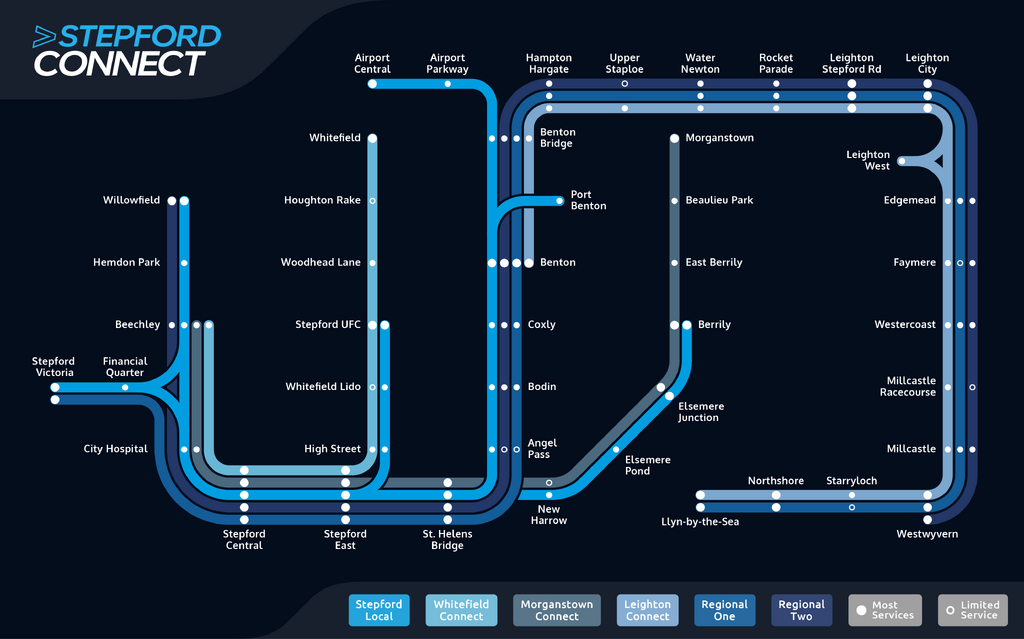