SCR Merchandise (more commonly known as merch) is merchandise/clothing for Roblox Avatars which can be bought with robux, usually in increments of 5, 10 or 20 robux. The first 'wave' was released on 22 December 2018 with 4 T-Shirt models available for sale. A second wave was released on 24 July 2019 with 2 T-shirt models.

SCR Merchandise can be bought on the official group's 'Store' tab or from the stores around the map.

After the 5 Million Update, BanTech announced the creation of real life merchandise on Discord and Twitter. This mostly includes clothing featuring the Airlink and SCR logo. There are mugs, t-shirts and hoodies on sale. 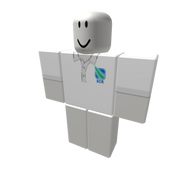 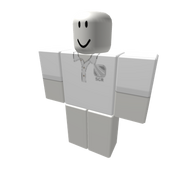 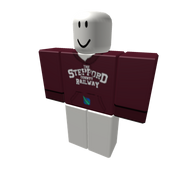 Old SCR hoodie
Add a photo to this gallery

Retrieved from "https://scr.fandom.com/wiki/SCR_Merchandise?oldid=60765"
Community content is available under CC-BY-SA unless otherwise noted.