This page is about the schematic map. For the network, see Stepford County Railway.

SCR's network map has been a core part of the game since it first opened.

For every operator when the player is driving, they can pull up a map and it will show the stations that the operator will stop at. 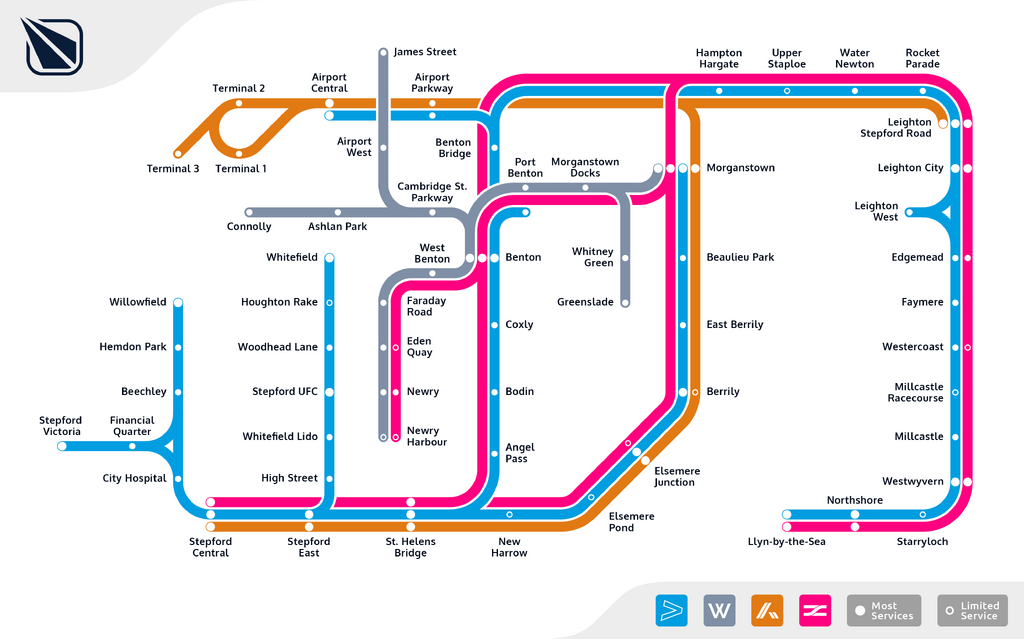 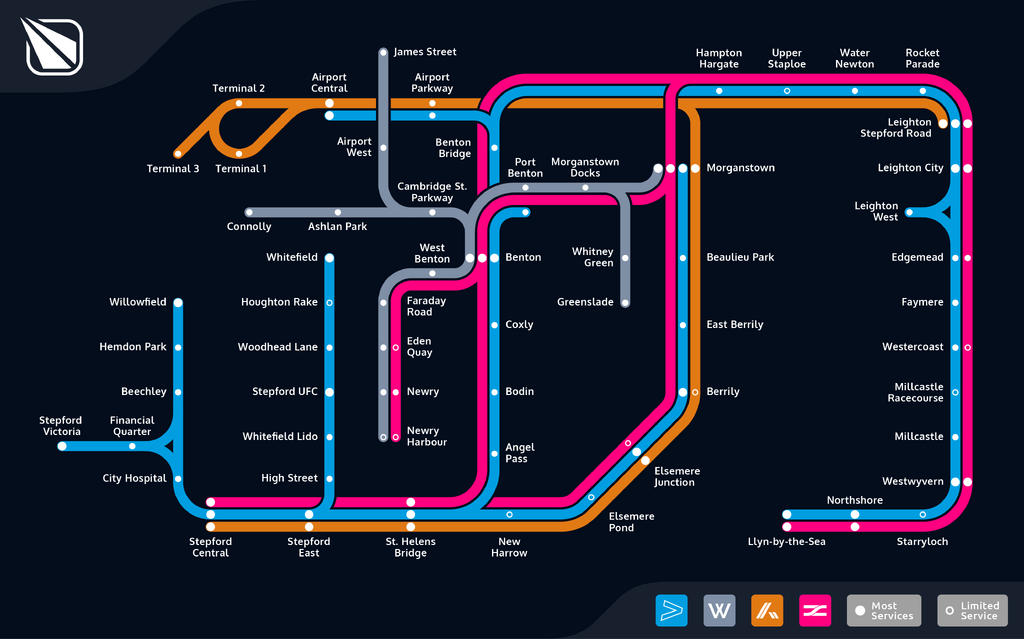 Press M (or 1 when driving) on the keyboard to show it while the player is a passenger. The map of the operators will be shown if the player is driving a train.

The map will show up with a bright white base during daytime in-game, and with a dark base instead during nighttime.