The train was added to the game in the One Million Update on 18 August 2018. In Version 1.1, this train became the replacement for the Class 701. In July 2019, the logo on the train was changed to the new SCR logo. The train was upgraded to Next Generation (NGv2) in SCR Version 1.5 (1 May 2020). The one million visits livery was then changed to the new Waterline livery. On the 16th June, a sneak peek of a 5 car Stepford Connect variant was published to the public. The Stepford Connect variant was released on 22 June 2020. Both variants were upgraded to NGv3 in Version 1.8.

A waterline 730 at Whitney Green bound for Greenslade

Class 730 ready to depart from Greenslade. 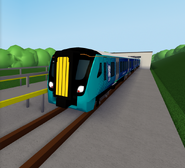 Class 730 passing each other at Whitney Green. 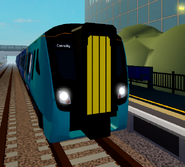 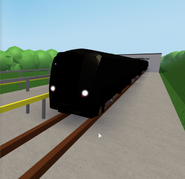 NGv3 preview of the train, posted to Instagram and Twitter on 9th October 2021, later posted in the Discord a day later
Community content is available under CC-BY-SA unless otherwise noted.
Advertisement