Stepford County Railway Wiki
Register
Don't have an account?
Sign In
Advertisement
in: Stepford Connect Trains, Added in 1.0, Refurbished in 1.4.2,
and 4 more

The Class 707 Desiro City is an electric multiple-unit manufactured by Siemens, in use on Stepford Connect. These trains are formed of 5 coaches and cost 300 Points.

This is the first train to receive a CSG (Constructive Solid Geometry) model livery in SCR. This improved the performance for many players, as well as giving the livery a sharper look. Along with this, the Class 707's interior was improved to make it look more accurate to the 707's real-life counterpart. 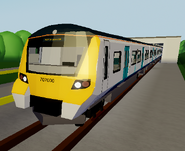 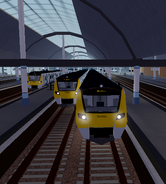 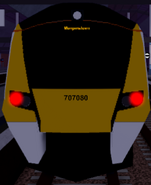